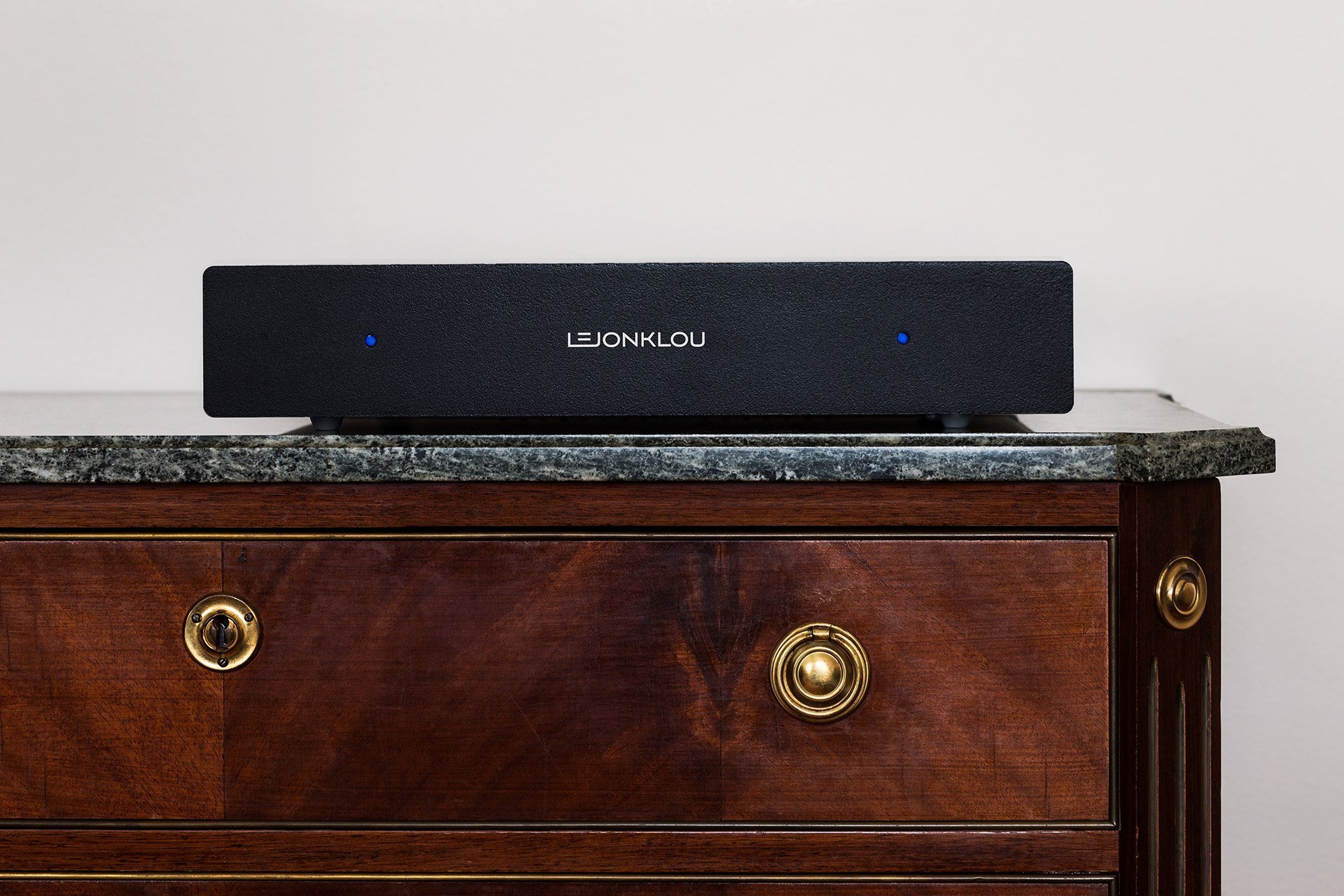 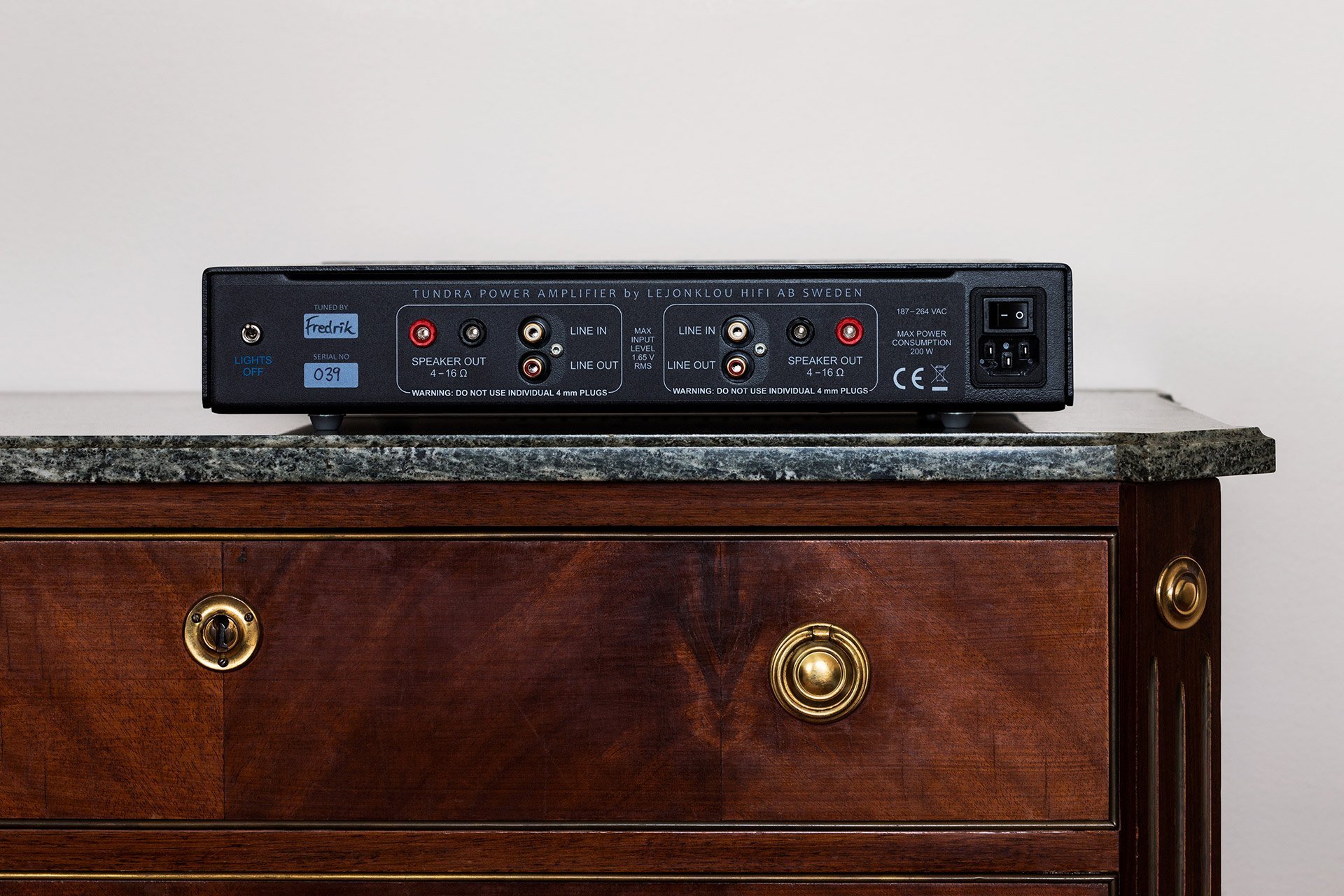 Our acclaimed stereo power amplifier is now in its eighth version

The purpose of Tundra is to reproduce music in the most engaging way possible.

After the electronic design of Tundra had been decided upon, it took one year’s work to perfect its circuitry and another six months to make it possible to manufacture. The circuit combines very short signal paths with ultra high speed and high reliability components, some of which are intended for industrial use, not for audio, according to their manufacturers. But when selected into extreme tolerances and used properly, these components have a far greater potential than the standard ones used by most HiFi companies. As an example, we manually measure and sort all of our transistors into small groups, using a test rig built for the purpose. When the first batch of Tundra’s was manufactured, only one out of five transistors could be used. When the second batch was made, it was less than one out of ten. In the third, it was one out of 15. We save all of the discarded transistors for potential use in future products.

Tundra can drive almost any loudspeaker, but not to any level. Its power rating may appear moderate, but in reality Tundra plays music with impressive authority and power. This is due to the circuitry being optimised for music: High power delivery during short periods of time. Power ratings, on the other hand, have little in common with music as they are obtained with static test tones that continue for hours. If you’re in doubt whether Tundra can play loud enough for your needs, we recommend a demo in your room, using your speakers.

Tundra is powered by two switch mode power supplies of 100 Watts each. They are more efficient and perform musically better than bulky conventional power supplies. Each Tundra is individually fine-tuned and evaluated with music. Only when it performs as well as our reference it is packed and shipped to the customer.

Tundra has repeatedly been described as a product that makes it more fun to listen to music. I can think of no higher praise than that. In my opinion, it belongs on the Must Hear list of every HiFi enthusiast.

Tundra 2 was released in June 2015. It’s a completely reworked version, with the following improvements:

· The aluminium heat sink is replaced with 1.1 kg high purity copper. This is the most important part of the upgrade, as it cuts the variations in temperature (caused by the music you are playing) in half in all critical areas. Less temperature variation means a more stable foundation for the music, adding weight and solidity. As if the music is bolted down firmly instead of bouncing around.

· A new Thermal Interface Material is used between electronic components and heat sink. The old material was Swedish and really good. The new one is made in Japan, very expensive and without doubt the best in the world for this application. Thermal resistance through these interfaces is now one fourth of what it used to be. When heat moves fast, the music sounds Rock Solid. The lowest bass appears as clean notes instead of indistinct punches.

· Two capacitors on the main board are replaced with better types. This makes the music less distorted and more nuanced.

Tundra 2.2 Tarandus was released in January 2017. It’s a new version with improved musicality and a more refined sound.

Tundra 2.5 was released in June 2018. It incorporates a Status Port and Trim feature on the rear panel, similar to those added to Tundra Mono in 2015. These allow the idling currents of the amp to be measured and fine tuned by the owner. Two capacitors were also replaced with a brand new ultra precision type, developed for the ever increasing clock frequencies of modern computers. These give the amp a slightly more open sound, which allows further insight into the music.