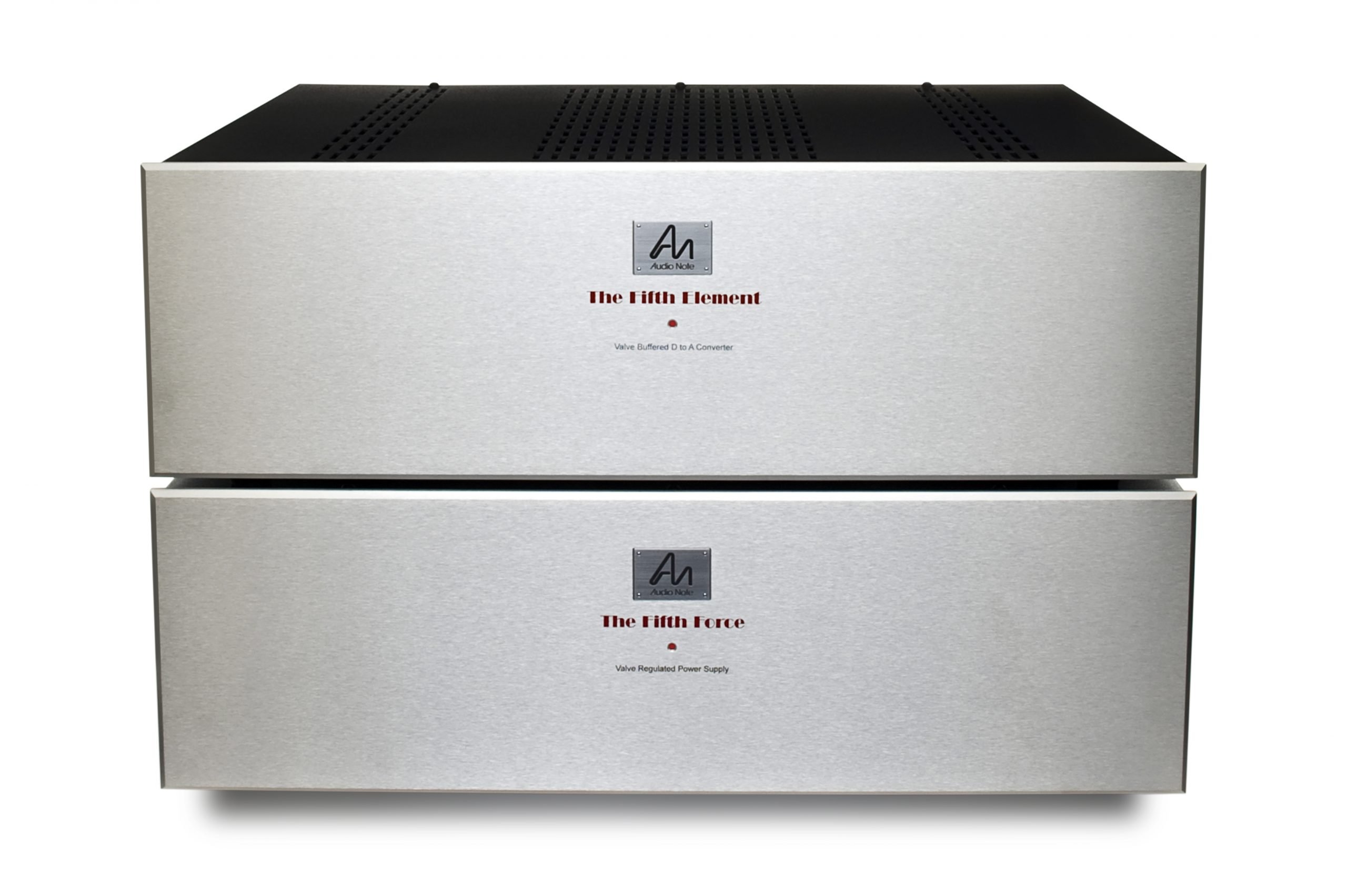 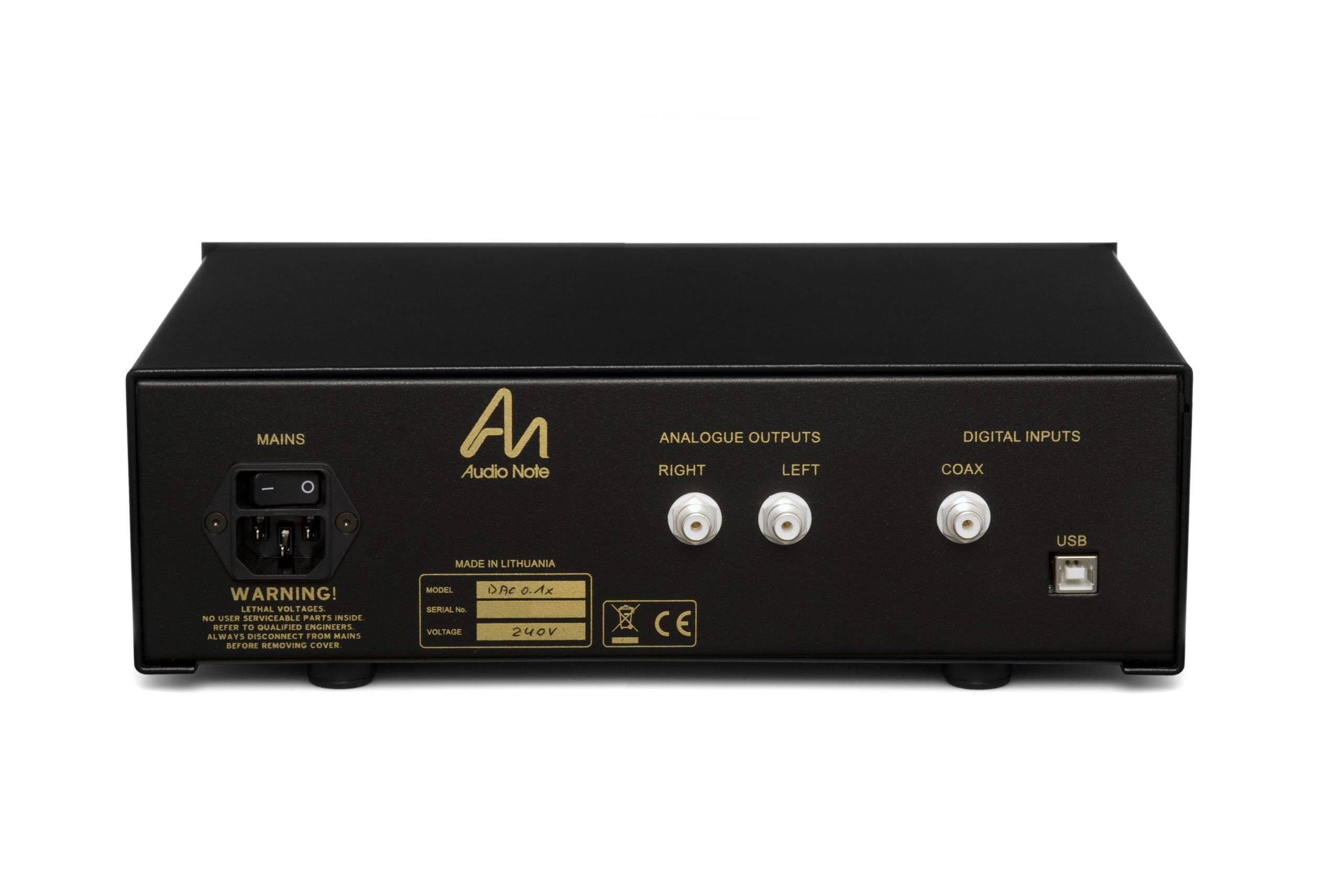 The Fifth Element / Fifth Force DAC is without doubt or question, the finest Digital to Analogue Converter we have ever produced. As one would expect, no expense has been spared in the construction of the circuit or the components used, and it is a full Audio Note (UK) Level 5 product.

It has been specifically engineered for sonic performance rather than technical specification, and fulfils all Audio Note (UK) Level 5 criteria: –

The Fifth Element / Fifth Force is one of the most unique digital products available today. It uses the most unusual and innovative digital circuit on the market, combined with some of the finest components, materials and power supplies possible. Extensive research into the fundamental properties of the data stream itself have shown beyond doubt that, regardless of the theoretical advantages of the signal manipulation employed in our competitors products, such as higher over sampling, noise shaping, re-clocking or jitter reduction, these corrective measures greatly interfere with the critical time domain requirements of the signal.

Music is a time continuum from start to end which when broken is irreparably damaged, and no amount of clever manipulation can restore it to its original time / frequency / amplitude duration or relationship, regardless of what the theorists may tell you.

As a result, we have developed a way of excluding or bypassing all these corrective measures, to allow the conversion from digital to analogue to be done without any manipulation whatsoever. All we do is to reformat the data stream to allow the converter chip to be able to interpolate the incoming information correctly.

In other words, the Fifth Element / Fifth Force has no over sampling, no jitter reduction, no noise shaping and no re-clocking. Having removed all of the digital filtering that is required for over sampling, all filtering is done in the analogue domain where it is easier to retain good, wide band phase-frequency and dynamically coherent behaviour. It uses the highest grade Analogue Devices AD1865, 18Bit stereo converter chip solely because we found it to be the best sounding available (yes, even better than the 20Bit versions).

The filter-interface coils / transformers are of the highest possible quality, using 55% nickel Super mu-metal cores with 99.99% pure Audio Note™ silver wires. The air gaps in the two filter coils per channel are matched across the full frequency range to within 0.1dB of each other, using a specially designed program to supplement an Audio Precision System 2 test rig.

An extremely unique feature of the Fifth Element / Fifth Force is its use of an input buffer stage for the incoming digital signal, using an EF800 valve. Audio Note (UK) was the first company in the world to commercially implement such an arrangement, and it is one of the many technical achievements found in the Fifth Element / Fifth Force that pushes the performance of this Digital to analogue Converter beyond the threshold previously thought possible for such a device or digital audio technology in general.

The Fifth Element / Fifth Force features a version of the M9 pre-amplifier line stage, using a 6189 (ECC82 / 12AU7a / 5814a) and a Telefunken 6463, both of which are dual triodes valves. These are coupled to an output transformer, wound with Audio Note (UK) silver wire on a 55% Nickel Audio Note (UK) Supa-Perma C cores. With a 33:1 step-down ratio, this output transformer not only has exceptionally wide frequency response, but also just about the absolutely best dynamic transfer function possible. The analogue output has provisions for both single ended and balanced operation, using the best available quality RCA and XLR connectors.

To power this spectacularly revealing arrangement, we have incorporated a version of the Galahad power supply found in our M9 Phono pre-amplifier. This supply features full valve rectification, regulation and voltage stabilisation. This technique not only provides excellent isolation between the digital circuitry and power supply, but also provides well-isolated short and clean analogue signal paths. The digital power supply is an exceptionally low noise, shunt-type.

Internal component quality of this calibre has never before been seen, in either consumer or professional equipment. There is an abundance of Black Gate and Cerafine Audio capacitors, and Audio Note (UK) Tantalum film resistors throughout the circuit. Analogue stage filter inductors and internal wiring are all produced with Audio Note (UK) 99.99% pure silver wire.