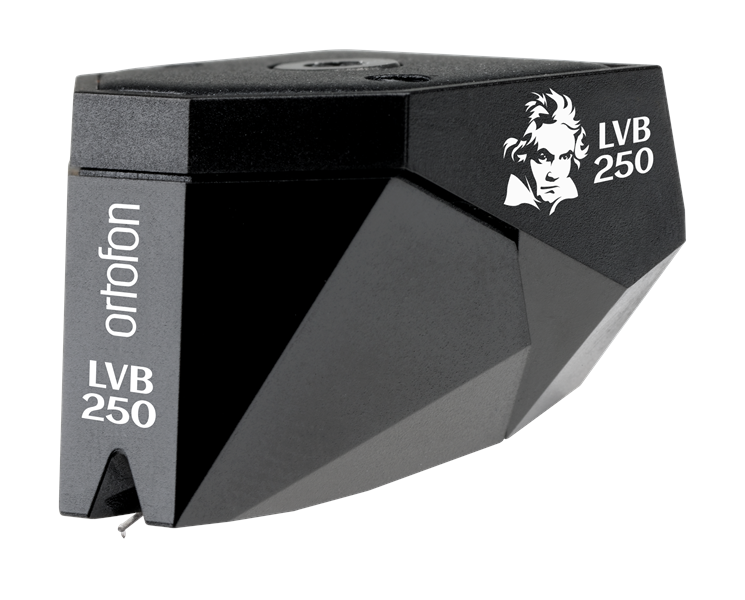 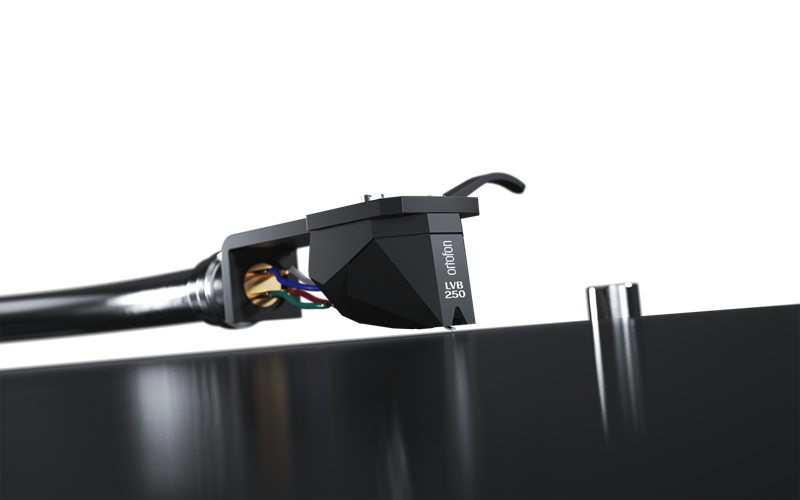 To commemorate the 250th anniversary of the birth of Ludwig van Beethoven, we announce the release of the 2M Black LVB 250 Exclusive Model.

The 2M Black flagship from Ortofon is widely acknowledged as being one of the best MM cartridges on the market, but at Ortofon being the best doesn’t mean that we can’t get better.

The 2M Series is developed in conjunction with the Danish Industrial designer Møller Jensen Design – the same designer who designed the award winning MC Jubilee and Kontrapunkt series. Inspired by the facets of a diamond, whose contours gracefully trace the grooves on a record’s surface, the 2M’s handsome elegance establishes a great combination of form and functionality.

The name 2M was selected from among several ideas. We wanted a modern name that would be easy to pronounce and remember, and therefore an alphanumerical name was chosen. 2M means MM, which is the abbreviation for moving magnet.

Of course the 2M isn’t just another pretty face. It has been engineered to the highest standards and is congruent with Ortofon’s unrelenting commitment to providing the most precise and accurate reproduction possible without coloration.

The 2M series of cartridges features Ortofon’s trademark split pole pins, an invention that enables moving magnet cartridges to have a flat frequency response, as with a moving coil cartridge. Split pole pins were invented by Ortofon, and were originally presented in the 500 series and OM Super series.

We have optimized the design for ease of mounting the cartridge, and the weight and size to fit the most common turntables on the market today. The 2M Series provides excellent compatibility when used in an assortment of playback systems and with a wide variety of phono preamps.

The 2M Black LVB 250 uses a Nude Shibata diamond on a Boron cantilever, the combination known from the acclaimed MC Cadenza Black cartridge.
The Nude Shibata stylus’s slim, highly polished profile allows an exceedingly wide contact area to the groove walls and ensures notably detailed reproduction throughout the spectrum, including even the highest frequencies.

The use of an extremely stiff and lightweight Boron cantilever adds remarkable transparency, speed and responsiveness.

To attain an optimal interaction between compliance and damping, a new rubber compound for the suspension system has been developed.

Also, the new MWCNT rubber compound allows for more environmental-friendly production, adding further benefit. The MWCNT powder is applied in a rubber polymer matrix and not in a powdered form, which makes the production process more clean, non-polluting and energy saving.

Stylus lifetime: with proper care we find that up to 1000 hours is possible without degradation of performance. Please read about stylus care on our FAQ.

2M Series styli interchangeability:
The 2M Series’ engines, coils and magnets configurations are not identical: Red and Blue are identical, so are the Bronze and Black and so are the true mono variants 2M Mono and 2M 78. Likewise, 2M series styli are interchangeable within the below combinations:
– 2M Red, 2M Blue and 2M Silver
– 2M Bronze, 2M Black and 2M Black LVB 250
– 2M Mono and 2M 78