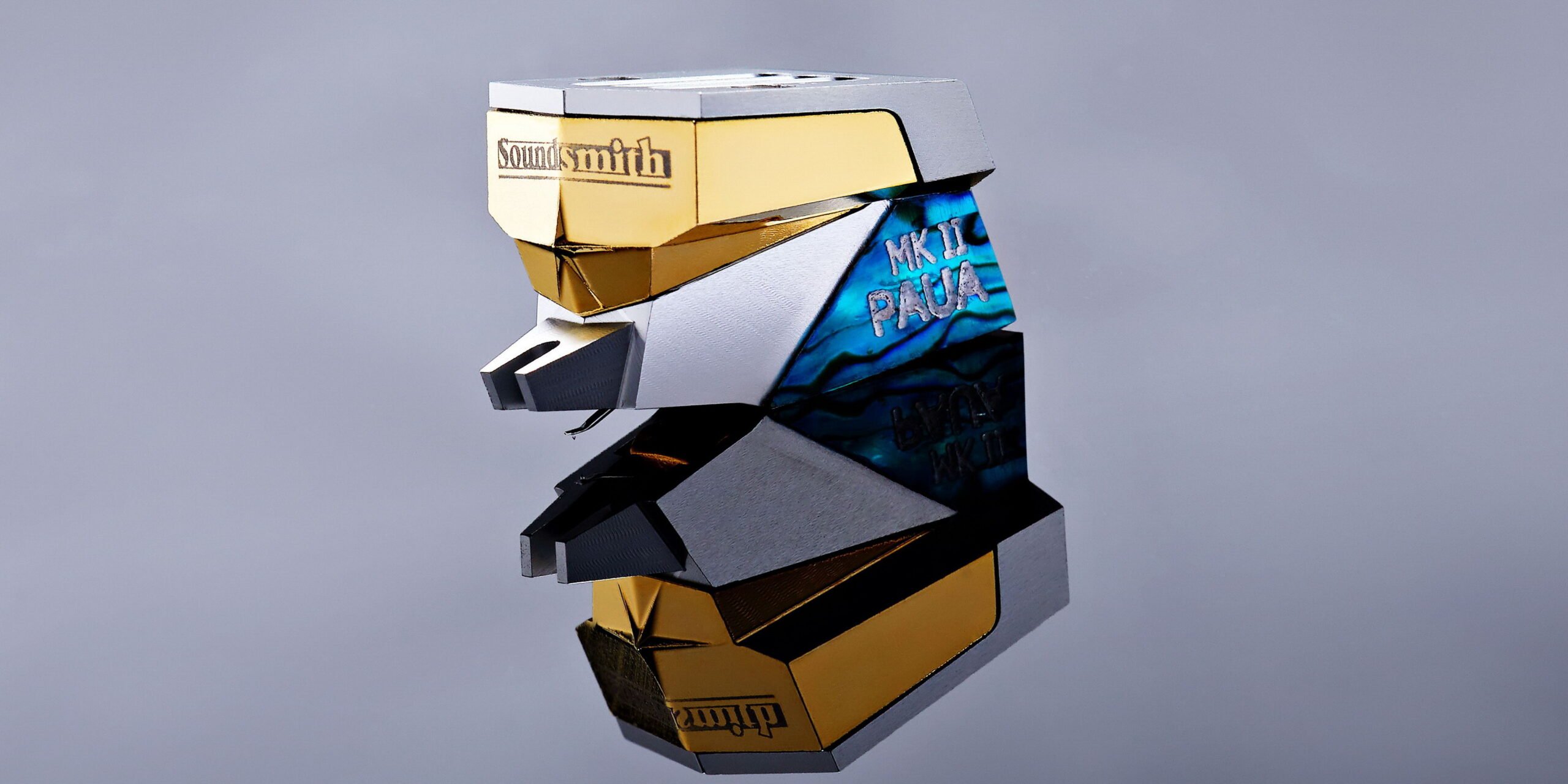 Each one hand crafted by Peter Ledermann – Made in  the USA. Rebuild Price? $550 – Less than 20% of MSRP ! ~  The Paua mk II features a 2 year warranty to the original owner.

The NEW Paua MKII: adorned with sea shell to remind us of the beauty of the sounds of the world all around us. Nature healing nature.

The Paua is one of Soundsmith’s most highly regarded top of the line low output cartridges. It has won numerous accolades and praise from users and reviewers around the word, including an “Editor’s Choice Award” in 2015 from TAS. Now we introduce the new Paua MKII, employing a newly developed Aluminum alloy used to fashion the MKII’s cantilever into a precision acoustic and mechanical lever. It features stiffness in the ranges required, while providing critical damping in other sections of the acoustic spectrum. The reult is an even better Paua, a cartridge that gets raves from its owners, and can be fully rebuilt many times for a fraction of its original cost – as with all Soundsmith cartridges – 20% or less.

Featuring ultra-low internal moving mass, a specialized telescoping newly developed alloy cantilever and highly polished low mass nude Contact Line stylus, the Paua MKII will add a unique quality of warmth and smoothness to any analog system without leaving behind all the delicate musical details you want and need to hear. The Paua MKII reaches new heights of stylus control and performance, as is confirmed by its incredibly high channel separation figures.

We have accomplished a work of art with the Paua MKII design, resulting in an unparalleled and sublime performance.

Also available in dual-coil mono, as with all Soundsmith Fixed Coil designs.

“I never expected when I mounted the new Paua Mk2 cartridge that it would sound as good as my 20K reference Koetsu Blue Lace…I am loading the Paua at 1 K ohm through my Dan D’Agostino Phono Stage and it sounds like a world class cartridge…with break in over the past few weeks I am starting to realize that I may have to fess up and admit that the Paua is becoming my new reference…and a little off topic but important is that Mr. Ledermann’s EZ mount screw set and azimuth adjustable headshell are amazing products themselves in their own right…” – Theodore Neff, NH

“I’m the guy with the haunted ZYX R100. I just got my new Paua II yesterday, and I want to thank you. You took care of me better than I deserved. This is the best cartridge I’ve ever owned, or even heard…anywhere. Zero sibilance, and absolutely effortless sound (just for starters). You already know this, I’m sure : >. I’m getting more out of my old VPI HW19 Jr. than I thought it had to give. I can tell this is heirloom quality, and I’m totally sold on the fixed coil idea. This is the sort of quality I hope for when buying American. I’ve already told anyone who will listen that they’d be a fool not to consider one of your cartridges. I’m sure I’ll be contacting you about a rebuild someday. I intend to wear this thing out!”

Workmanship on this product is warranted for 2 full years