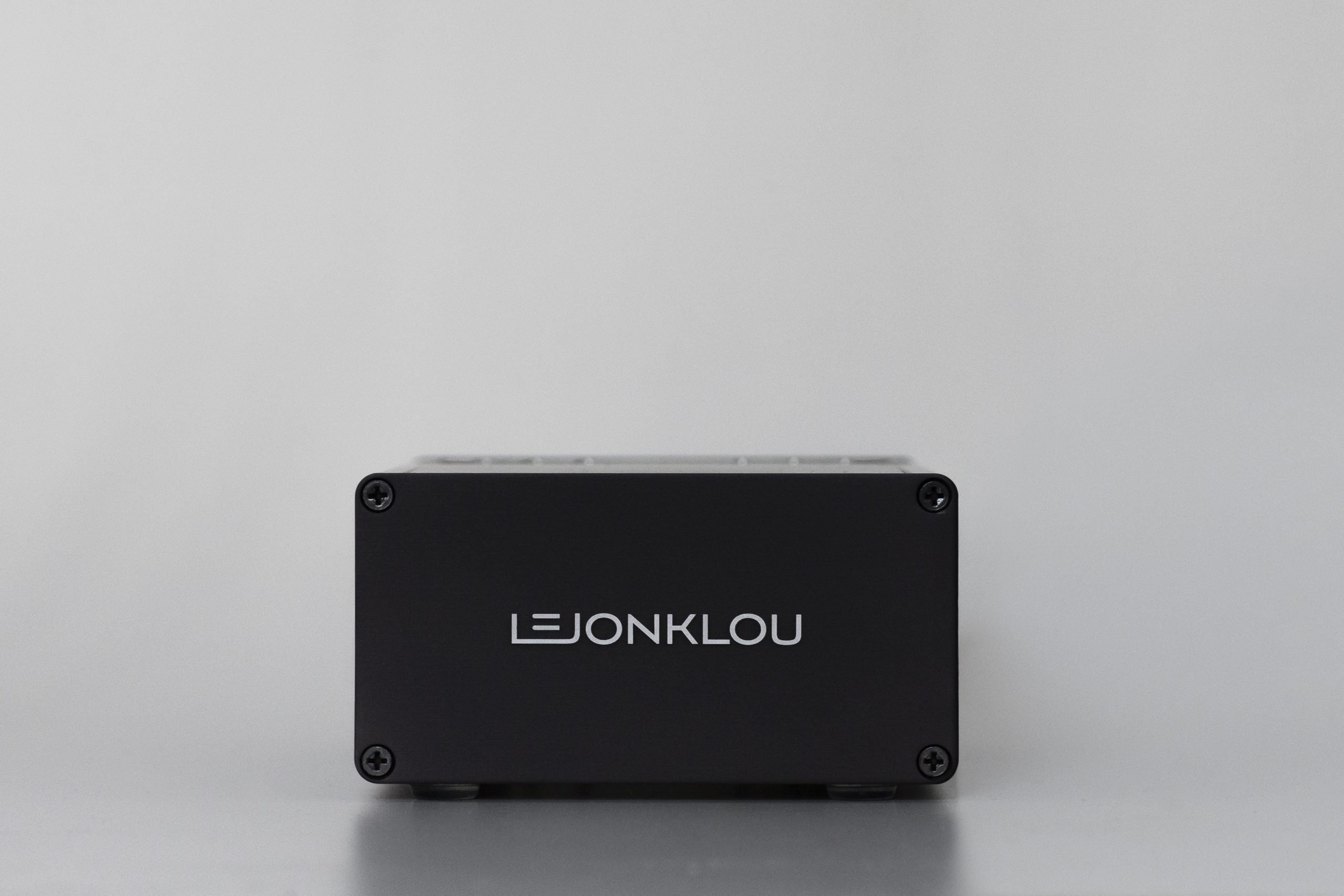 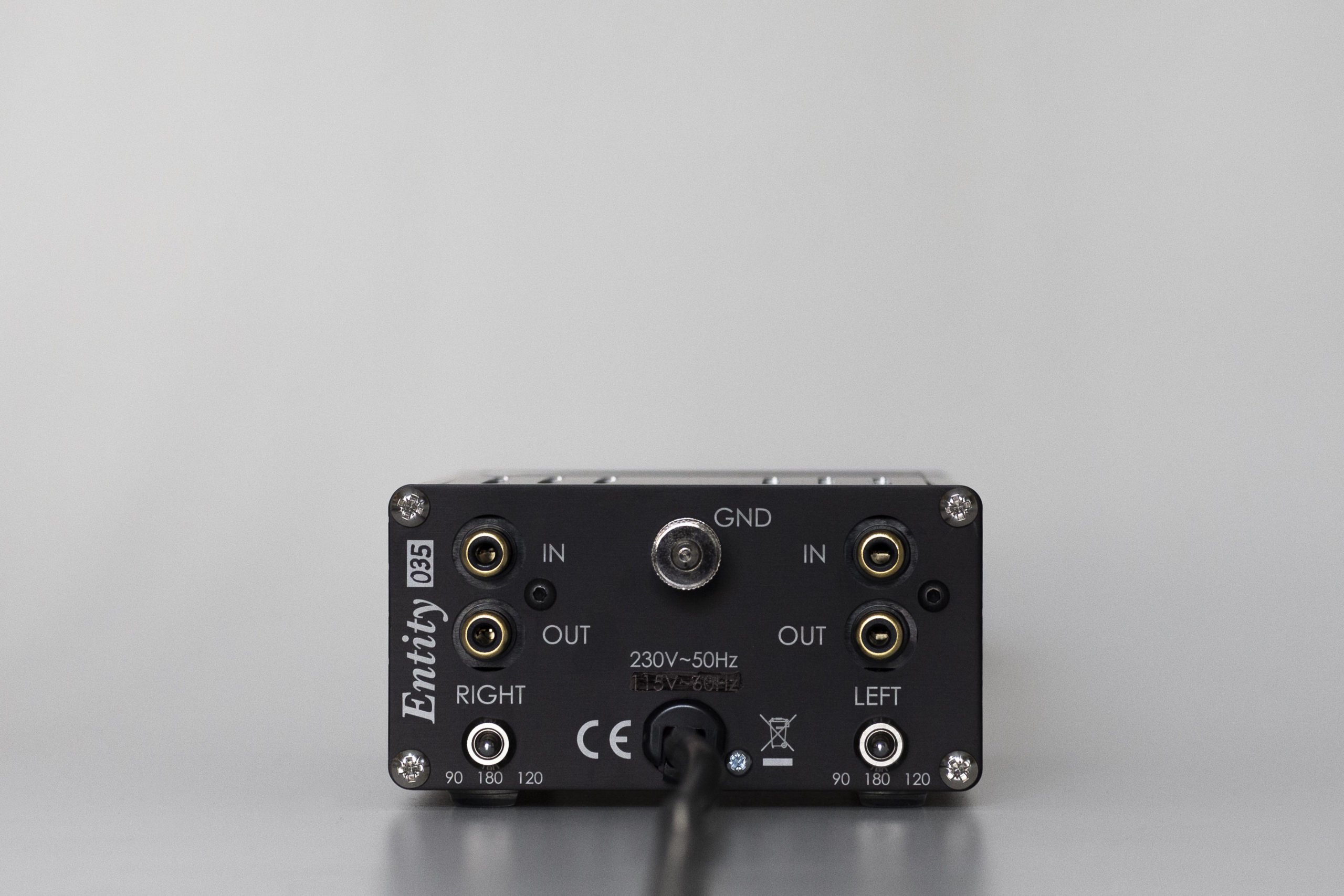 Two diamonds in a shoebox.

Entity is a phono preamplifier for low level Moving Coil cartridges. It all started in 2011, when an idea about an ultra linear and very high gain input stage took shape in my head. The first prototype was built the same year and sounded very promising, but it was difficult to tune it to absolute stability. In retrospect I realize that I didn’t know enough about high frequency tuning and the components weren’t measured and selected to the required precision.

Five years later I had finally tamed the input circuit. The project now showed such promise that I went crazy and set my goal at perfection. With the help of measuring and selecting every component involved into groups with extremely small tolerances, machining the cases out of solid annealed billets of pure copper, dividing the stereo circuit into two completely isolated channels, designing a whole new power filter section and dual stage regulation and spending month after month of listening through every combination of the narrowly spaced component values, I finally arrived at SINGularity. This extreme built-to-order product was first shown to the public in April 2019.

Entity uses the same input circuit, phono equalization, output stage and power regulation as SINGularity. What has changed is the case (instead of the extremely expensive copper case it’s now simple, functional and inexpensive), the power supplies (instead of four switch mode power supplies with massive filtering it’s now equipped with the same copper screened linear power supply that I use in Slipsik 7) and the channel separation (instead of two completely isolated Mono channels, it’s now a dual mono design in a single case with a shared power supply).

I did try to cut things down further; I had the idea of making Entity out of a cheaper selection of components, in order to keep the price as low as possible. For instance, many of the components that are sorted out when building one pair of SINGularity would be enough to make between 25 and 40 units. But this turned out to be a blind alley. I was never 100% engaged by the music that this version presented. When I finally gave in and built Entity with the same circuit as in SINGularity, the result was a revelation. Like hitting bullseye.

So I kept the two diamonds (my excessively selected and tuned MC phono circuits) and put them in a shoebox. Be prepared for a wild rollercoaster ride through your record collection.